Alexithymia – a dissociation between experience and awareness is affecting people that seem to have feelings but they are somehow unaware of them. That is to say when awareness is decoupled from emotional experience, what we get is numbfeel.

People can be happy, curious, sad, bored and not know it. They seem to have physiological responses when shown evocative pictures of disaster or other terrifying scenes, they are only unable to make verbal ratings of the discomfort caused by seeing those pictures, being, therefore, unable to distinguish them from random happy pictures. What these people lack is introspective awareness of their emotional states, not mere affective lexicon to express them.

There is some evidence to suggest that alexithymia is caused by a dysfunction of the anterior cingulate cortex, a part of the brain known to mediate our awareness of many things, among which our inner states.*

So elusive is the distinction between experience and awareness, as they usually go together very well.

“Usually, they are unaware that certain sensations are actually emotions.  For example, a person with alexithymia will appear angry, but when asked if he is angry, will deny it.”**

“State alexithymia is thought to develop from having your feelings constantly ignored and/or invalidated, or via observing parents who don’t express emotions normally. [….] Sometimes, insight oriented therapy can help a client uncover repressed anger and sadness about his childhood, and can be cathartic and lead to emotional change and the expression of dormant imagination and creativity. […] However, just having a therapist explain to an alexithymic that a partner’s emotions are not abnormal or irrational can be marriage-changing (if, of course, the alexithymic is open-minded enough to identify as alexithymic and own this aspect of his identity).” (Alexithymia: “Does My Partner Feel Anything?” – Samantha Rodman PhD)**

“A positive influence of alexithymia on behavioral treatments and adherence to treatment recommendations has been observed in several previous studies [4]. Lumley et al speculated that the compulsive nature and external focus of alexithymic patients prompt greater adherence to structured exercises and behavioral recommendations [4]. If clinicians and family members understand the characteristics of alexithymic patients and provide them with appropriate support, they might exhibit good compliance and thereby achieve good health outcomes. This point should be further explored in future studies.”*** 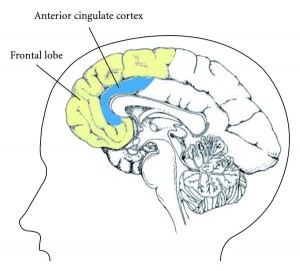