American College of Sports Medicine states that 85% of people in the US that began an exercise program quit it within 6 weeks due to an injury – that is people that are trying to train on their own, people that want to change but they do not know how. You would agree that 85% of population is not an insignificant percentage. Only 7% of United States’ population is considered to fall into the chronic exerciser category (people that have regularly exercised for one year or more).*

Let us have a look at some more statistics.

“Physical activity may also provide additional benefits for those who are already suffering from chronic health conditions. Based on estimates that between 60% and 70% of the Australian population is sedentary, or has low levels of physical activity, it has been suggested that increasing participation in physical activity by 10% would lead to opportunity cost savings of $258 million, with 37% of savings arising in the health sector.” (18 June 2014)***

There is a path that people need to follow to achieve their goals and this is where personal trainers become essential by bringing clarity in goal setting, motivation, discipline, competence (having great, relevant skills set), confidence (“Invest in yourself! The most time you spend building competence, the greater the confidence!” – “Fitness Professionals Guide to the Neurorevolution” – dr Eric Cobb.), differentiation (at the end of the day how you differentiate yourself will make all the difference), personal responsibility (I am the only one responsible for becoming who I am).

There is no better time to start than now! So, what are you waiting for? 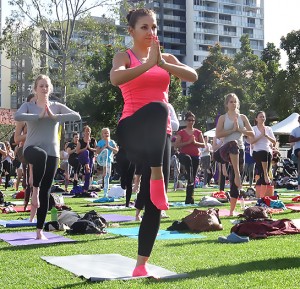 Posted in Health and Fitness and tagged Lifestyle, Wellbeing