“The Woman Who Changed Her Brain – and other inspiring stories of pioneering brain transformation”, (by Barbara Arrowsmith-Young) which made her more understanding of the world she lives in altogether as well as more insightful and wise. (I take this opportunity to thank my friend, Wanda, who was so nice and inspired 🙂 to lend me the book. Thank you, Wanda! No, I am not done with it yet, I am only half way through it.) The book is a wonderful resource for everyone interested in how the brain works, how it can go wrong and what (if anything) can be done about it.

A few main ideas I grasped from the book: 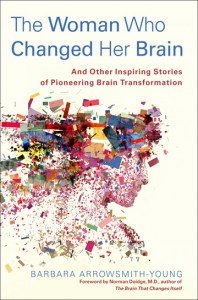 The Woman Who Changed Her Brain